If there is a bustle in your Heathrow, don't be alarmed now

Thoughts on flying now that I don't actually do much of it.

I just flew from London to Toronto. It was hell on Earth. Okay, not on earth, because we were actually 38,000 feet above it, but it was pretty bad. Air travel is just full of indignities.

Yesterday was the first time I have flown since last December, which is a long time considering that for the 8 years prior to last year, I tended to fly a good 40 out of every 52 weeks. 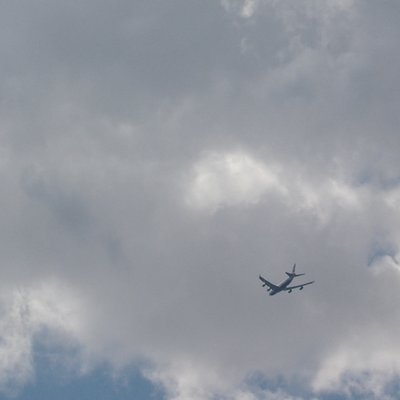 The train ride from my place out to Heathrow wasn't bad, though some woman was sitting beside me on the Heathrow Connect from Paddington sobbing uncontrollably between Ealing Broadway and Hayes and Harlington. Everyone sat on the train in uncomfortable silence as this woman sent and received text messages and let out wails and moans of emotional pain. Like good Brits, we stiff-upper-lip ignored her until she got off, and then everyone breathed a sigh of relief that any show of emotion had past.

Check-in at Heathrow was a zoo. Air Canada, in her wisdom, apparently decided that if one has four desks to man (economy, executive, self-serve bag drop, internet bag-drop) that three staff and two non-working bag-tag printers would be enough to handle the load. It wasn't, of course, and after twenty minutes of standing in one line, I was told to go to another queue. I abandoned my British ways and put on my "American" attitude at that point, and demanded to be checked-in. Luckily the Brits are as uncomfortable with the emotion of anger as the emotion of sadness, and they served me immediately to be free of the situation. They did ask, however, that I write a strongly worded letter to Air Canada management with my concerns. I shall start it "Dear Sirs, Regarding my recent flight of the fourth of August..."

Security wasn't too bad, though of course I got in the line behind the non-English speaker with the metal leg. The metal leg caused the detector to go off, and the poor man couldn't understand any of the instructions barked at him by the security folks. He looked quite bewildered as a young man with a buzz cut ran his hands over his body. It was only a momentary delay, though, and soon I was in the airport proper.

Past security was fine, actually. Heathrow terminal 3, once you are beyond the seventh ring of hell which is the check-in area, is quite nice. I had a pint of lager at one of the many restaurants while I waited for my flight to announce it was boarding.

The flight itself was just long and full of screaming children. Luckily I was on a jet with an individual entertainment unit, so I merely cranked up the soundtrack to "I Love You, Man" and "Push" and ignored the wailing. (Two forms of transport with wailing on it within a single day. Perhaps they are wailing because of my presence. I am the onion of transport, causing all who travel with me to cry...)

We landed in Toronto at the tail end of a thunderstorm, and after an approach so bumpy I couldn't actually read because the book was bouncing around so much, we landed without incident. The airport, though, had been closed for the 30 minutes before our arrival, and so we had to wait on the tarmac for 40 minutes while they cleared the backlog.

The final indignity is, of course, the luggage handling at Toronto's airport. I have discovered something flying into Toronto with checked bags. It is this. No matter how long it takes you to walk from your airplane to the customs area and no matter how long you take in customs, you will wind up waiting for 35 minutes for your bag at the luggage carousel. It is a punch in the stomach, really, being so close to having completed your journey yet having to wait for the slightest of things.

Truth be told, last night's flight was actually no worse than any other flight I have taken recently. I just think that I have lost the crusty shell of amour of indifference that one develops when one flies a lot. I'm not all that sad at having been out of practice, because I am not planing on flying too much more in the future. Just the occasionally vacation, I thinks. And in a lot of ways, flying away to some fantastic place to have an amazing vacation provides its own sort of amour against all the indignities of air travel today.

Flying in thunderstorms totally freaks me out. Seeing the lightning and driving rain makes my imagination create all sorts of horrible endings that I'm convinced will befall the airplane. Then there's the security, the lines...how can we make flying pleasant? Maybe we can't.