Perhaps it is because of the number of American military bases that are in Germany thanks to the Red Menace (deceased), but American Football seems to have taken hold in Germany more than anywhere else outside North America. An American Football Bundesliga was formed all the way back in 1979, and Germany was one of the few countries to embrace the NFL Europe experiment. By the time NFL Europe closed in 2007, 5 of the 6 teams were based in Germany.

The American Football Bundesliga was renamed the German Football League (GFL) in 1999, and consists of 14 teams. One of those teams is the Munich Cowboys, whose love of American Football is not just about playing it, but also watching it on the satellite from America. As such, they hosted a Superbowl Party in Munich, open to all who wished to come (and could afford to pony up the €8 to get in). The party was hosted at Kultfabrik, a former noodle factory which has been turned into a warren of bars, clubs and gentlemen's establishments. 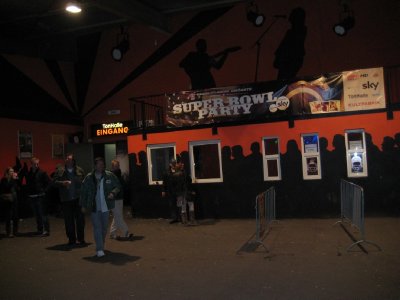 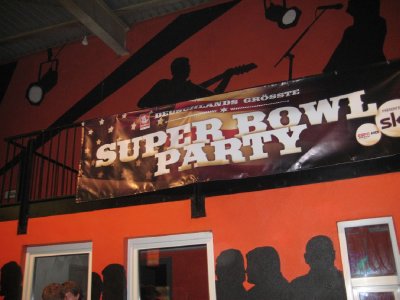 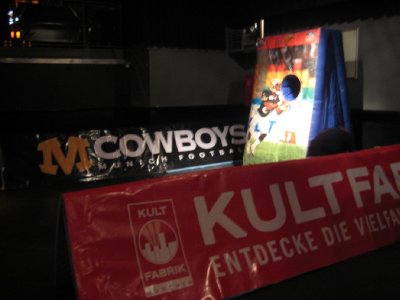 The party, befitting a team called the Cowboys, was wild west themed, with attractions like a calf roping game and mechanical bull. 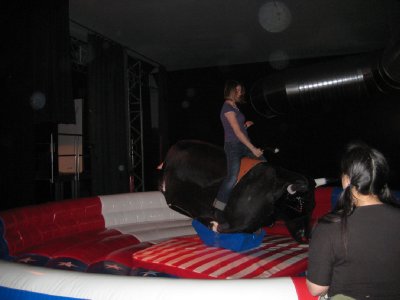 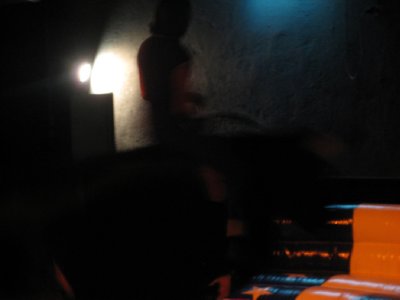 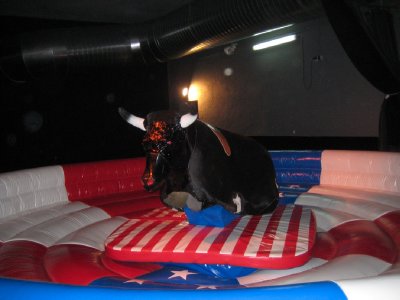 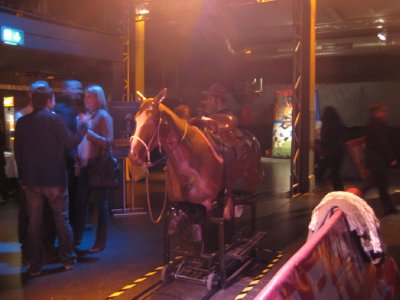 This being American Football, American food was on offer. Burgers, hot dogs, chicken wings and nachos were all being scoffed down by the crowds. 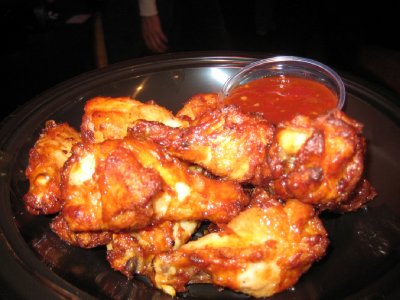 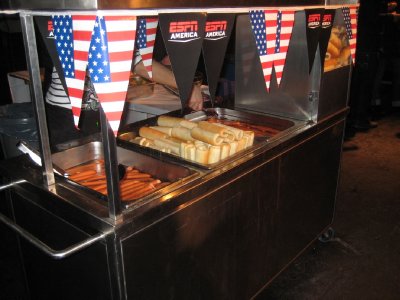 And crowds there were. A good selection of American expats and German fans. The two teams playing this year were Pittsburgh and Green Bay. About 75% of the crowd seemed to be Green Bay fans, with many supporting Green Bay merchandise, including the Cheese Head hat, worn as Wisconsin (where Green Bay is located) is famous for making cheese. 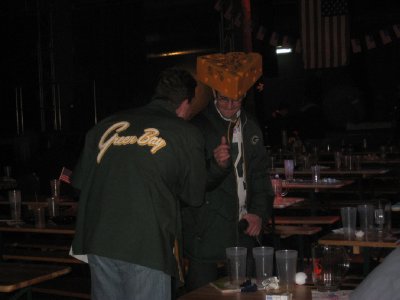 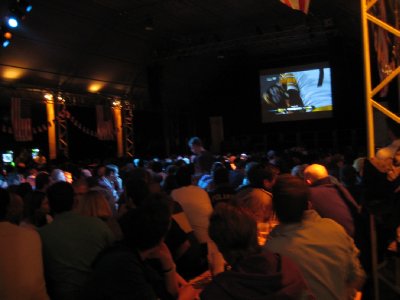 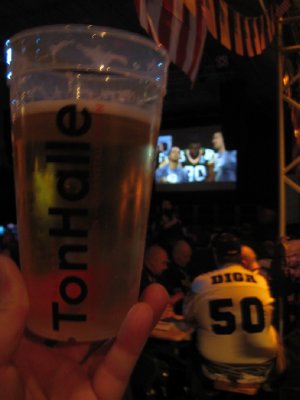 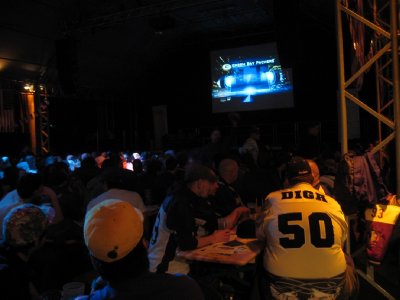 After some chatter from a host, including interviews with a few local football players, they turned over to the American coverage for the singing of American the Beautiful and the National Anthem, and then the game got underway. Superbowl XLV pitted the Steelers against the Packers. 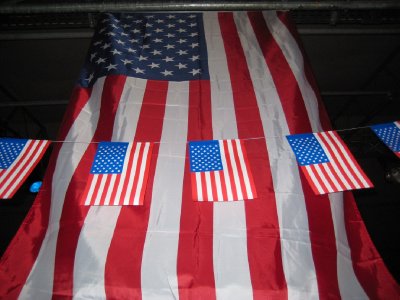 Oh, say can you see 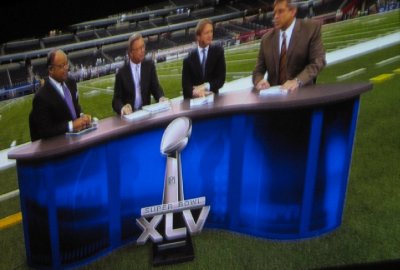 The game was a good one, with the Steelers drawing it close at the end, but the Packers were too strong, and ended up winning the game 31 to 25 to win the Vince Lombardi trophy - a trophy named after a legendary coach from Green Bay's past. The crowd, largely Green Bay fans (at least by the end of the game, if they weren't at the start), was happy. 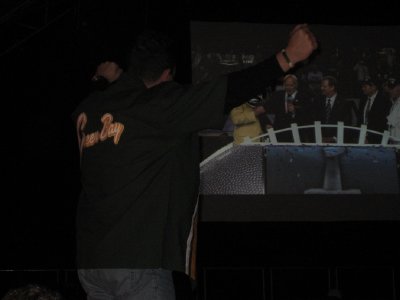 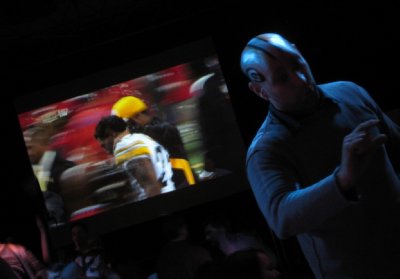 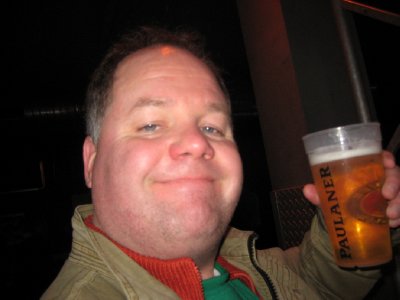 It was one of the best Superbowl parties I have been to during my "Superbowls Around The World" wanderings. The crowd was excited, the food spread was excellent and there was a good selection of alternate activities - from bull riding to Xbox to Sky's 3D TV on trial - to keep you entertained during the long pre-game show. Plus, as the S-Bahn runs 24 hours a day, I was able to get back to my hotel without any fuss and bother. 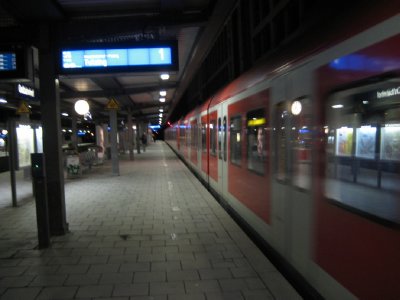 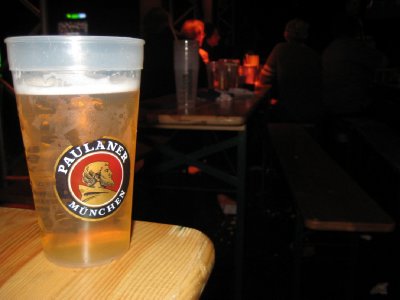 So congratulations to Green Bay for winning, and also the city of Munich and the Munich Cowboys for putting on a good party. 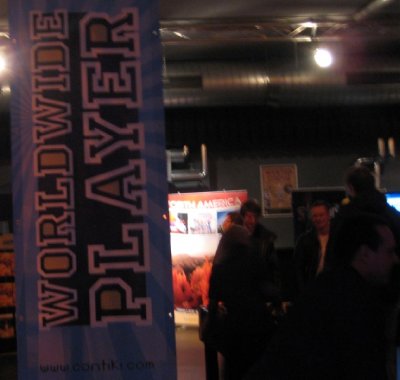