One of those "the grass is always greener" moments

Mostly that was for work, but I would often during that time be planning leisure trips. In 2002, I spent a good six months planning for my 2 months sabbatical in South America. Reading travel books, figuring out visas, planning routes, getting shots, researching and booking transport and hotels. After that, and up until I moved to the UK, I seemed to constantly be planning a new, upcoming trip. Whether it be to Costa Rica, Tanzania or Japan.

One of the biggest logistical challenges I faced was when I was planning for the Paris to Hong Kong trip in 2005. I was working at the time on a project that saw me jetting between Montreal, San Francisco and Paris. Obviously I needed my passport to perform all that travel. At the same time, I was trying to get visas arranged for Belarus, Russia, China and Mongolia. All of them required my passport as well.

In a feat of logistical planning brilliance (and paying for some expedited service), I managed to get all the visas and still be able to meet all my work travel requirements - arranging to pick up the Chinese visa when I was in San Francisco, arranging the Belarus and Mongolian visas from their Parisian embassies, and Russian visa in Toronto (as the Russians said I needed to get it from my home country in closest to where I lived). 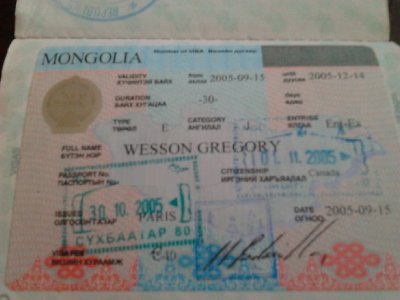 During that time, more and more I would think to myself that the travel was so temporary. Even when I was staying in a place for months on end, there was always that apartment back in Toronto that I knew I would eventually return to. It started to dawn on me that what I was really yearning for was an opportunity to immerse myself in a place, to cut the ties to Toronto and take the brave, bold step of living abroad.

I was envious of those who lived abroad. They got to immerse themselves in a culture. It was like constantly travelling.

Even as far back as 2005, while I was running around trying to arrange those visas, was I already thinking of that next step.

I think it would be fun to live in a foreign country. As I travel from place to place to place, I am always on the lookout for places that I think I could live in. Maybe some day I'll actually pull the trigger and move some place for a year or two, but for now, it's just dreaming.

From Paris, The Liveable

A year or two? Naive young man. 4 years on in London, and no thoughts of heading back to Toronto yet.

So my wanderlust and constant travel planning has disappeared, replaced by the getting on with life in a new land.

The past few days here in London, I have been arranging dental appointments, arranging for a pick up of a parcel and shuffling around some investments in my various pensions (have managed to pick up 4 different pension accounts in my 4 years in the UK). I have no thoughts of upcoming trips in my head, save for a quick day-trip to Munich for work at the end of October, and vague thoughts about needing to plan a winter ski trip.

Yesterday, I came in the office early, and found a co-worker standing at the photocopier, looking perplexed.

"Oh, yeah," he replied, punching at the buttons on the machine. "I have been arranging visa appointments. I am dropping off my passport to the Russian embassy today, and just got off the phone booking an appointment for my US visa. It's not until the end of the month. I could have squeezed it in the week after next, but I'll probably only get my passport back from the Russian embassy on the Monday, maybe Tuesday, and I need to fly to Malaysia on the Thursday. Didn't want to take the chance that I wouldn't have the passport, or that the Americans still had it while I needed to be boarding a plane to Malaysia."

I laughed. "Reminds me of the time I was arranging for my Paris to Hong Kong trip," I said, and told the story of my logistical triumph above.

After I ended my story, my coworker cursed. "Can't get this scanner to work. It won't let me enter an email address to send," he said.

"Strange," I replied. "It was working yesterday, because I scanned my pension document and mailed it to myself."

"Technology," he said, shrugging, and walked off down the hall to use one of the other photocopiers in the building. I walked off to my desk.

Moscow, Kuala Lumpur, New York. These are the places that my coworker is going. Getting flights, booking hotels, arranging visas. All the things I used to do. What have I done this week? Pension, dentist, deliveries!

Right at that moment, I missed it. That adventure and excitement. I wanted to be planning a trip somewhere. Flying off to exotic lands. I wasn't. I wasn't going anywhere. 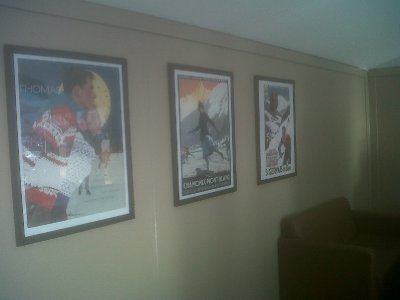 The feeling faded as the day wore on. A short burst of travel envy, that passed as I thought about my life and where I am now. Living abroad, the "constant travel" that I was envious of back when I was travelling. It sure looks like fun, but it can be awfully tiring. And I know if I was doing it now, I'd probably be looking at those who had moved there with a touch of envy.

The grass is always greener, isn't it. Even if you have lived on that lawn before.