Football of a different kind in London

A day at Wembley for the NFL International Series (London game 6) between the St. Louis Rams and the New England Patriots

So what is an American league to do when they have conquered America? Look abroad, of course, and grab international fans.

The NFL has been trying various permutations and combinations of this for years, including pre-season games around the globe, teams playing games in Canada and a league based in Europe in the early 2000s.

Recently, they have been playing the "International Series," which while initial envisioned to be a roving set of regular seasons game around the globe, have for the last 6 years seen games played solely in London, England at Wembley Stadium. 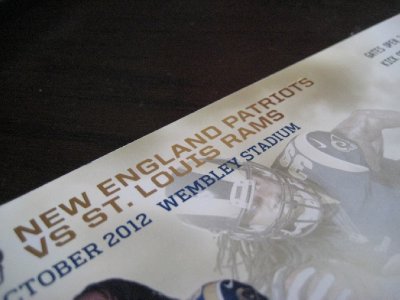 On October 28, 2012, the latest games was played in London, with the St. Louis Rams "hosting" the New England Patriots. 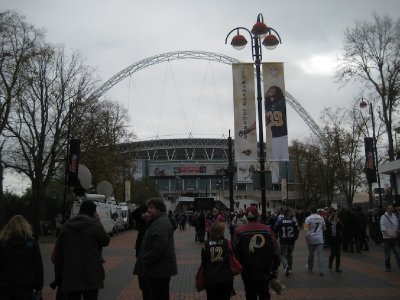 Before the game, the NFL held a "tailgate" party in the parking lot of Wembley. Tailgating in the USA is a fan driven, organic party - each group of people BBQing and drinking and watching TV merging into one monster party. Here in England, the NFL puts on the party, so while it has many of the elements of a usual tailgate - BBQ and beer - it is a more structured and lifeless affair. 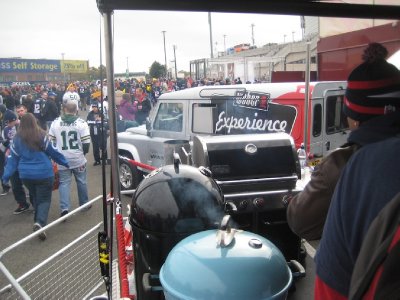 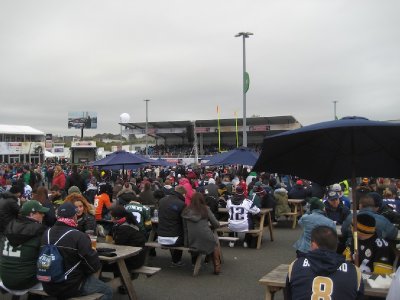 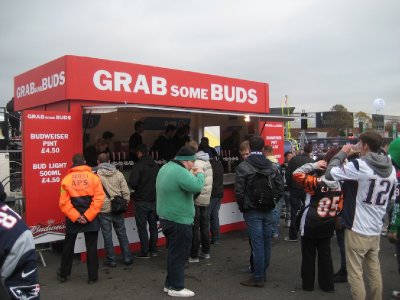 They do have cheerleaders and NFL stars of the past, so it does have a few advantages. 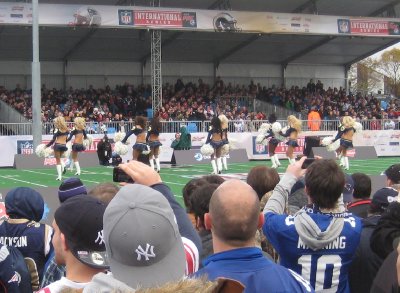 The game itself was impressive within Wembley. After a pre-game which included our (choose one: loved / hated) London Mayor Boris Johnson and the band Train, Welsh mezzo-soprano opera singer (and beauty) Katherine Jenkins came out to sing the national anthems of America and the UK. The fans, given placards of red, white or blue, held them up to form two visions of country flags - one half showing the Union flag of the United Kingdom and the other half white stars and red and blue stripes of the American flag. 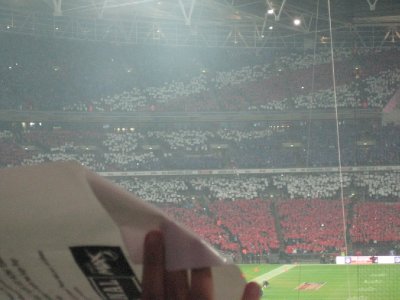 St. Louis was the "home" team, as one team is designated each year. St. Louis was initially announced as the home team from 2012 to 2014 in the summer, however pulled out of the future dates due to financial difficulties, making them a one season home team in London. The Jacksonville Jaguars will fill the role in the future games (at least until 2016).

St. Louis took the field, and many fans waved St. Louis flags. Though the flags were given out for free, so if the appeal of St. Louis could probably be overstated. 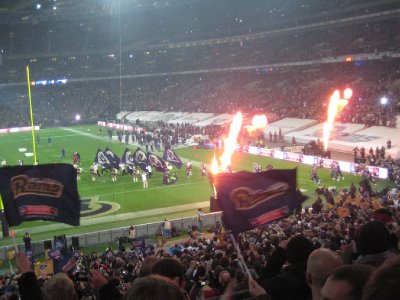 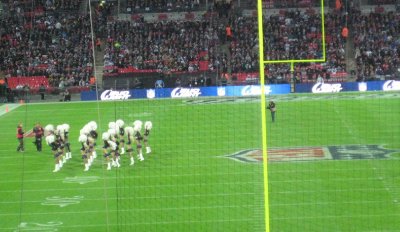 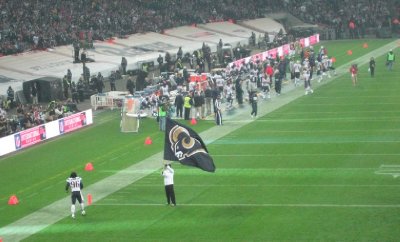 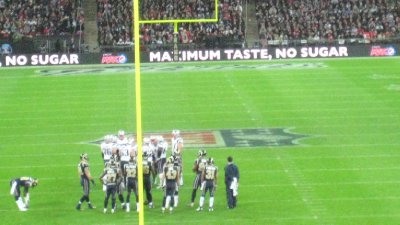 The game started, and the fans did take their role of home town fans for St. Louis seriously, cheering St. Louis and booing New England. It helped for the first little bit, with St. Louis going up by a touch-down. However, then the potent offence of New England took over, and the rest of the game was a bit of a romp. 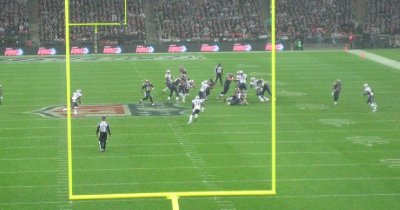 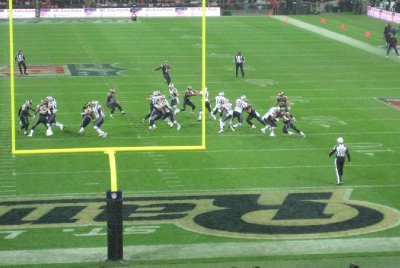 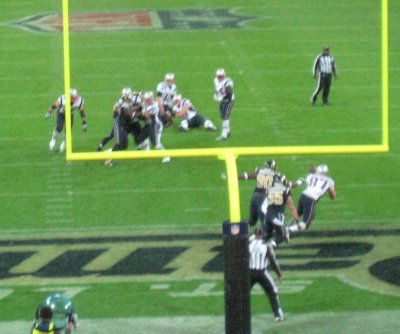 The game ended 45-7 for New England, the "home team" of St. Louis returning to the Mid-west after their one home-game-away-from-home not being a success. New England, however, spent extra time in England, thanks to Hurricane Sandy cancelling their flights and stranding them in the city. A little more time to celebrate. 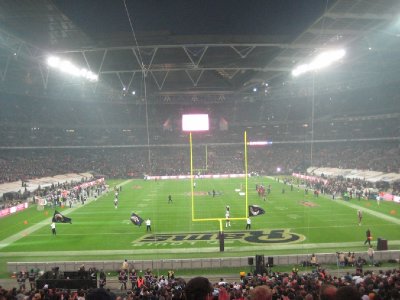 It was a dull game, but a good experience, and I had a grand time during the game. Next year, London hosts two games, including a smash-mouth Vikings and Steelers match up in September, and our new home team, Jacksonville playing the 49ers of San Francisco. I had a good time, so will look to attending one of the games. 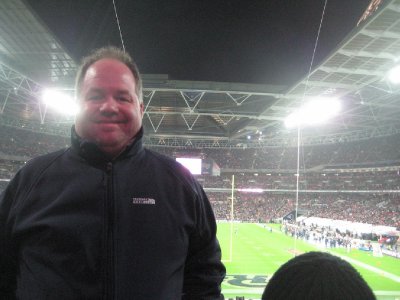