Back in mid-1600s, two Frenchmen - Pierre-Esprit Radisson and Médard Chouart, Sieur des Groseilliers - were exploring the interior of what is now Northern Canada, working their way inland via the many rivers that flow into Hudson’s Bay. What they discovered was a lot of little animals with soft fur. “Ideal for coats,” they said, and went to find a backer.

The Americans and French weren’t interested, but the English saw a business there. King Charles the second, recently reinstated on the throne after England’s brief flirtation with Republicanism, liked the furs. As a reward to his cousin Prince Rupert of the Rhine for his support during the ongoing civil war, Charles granted Rupert a royal charter to have an exclusive monopoly over the trading rights for the lands which made up the Hudson Bay drainage basin. The date was May 2nd, 1670, and thus was born the Hudson Bay Company, Canada’s oldest corporation. 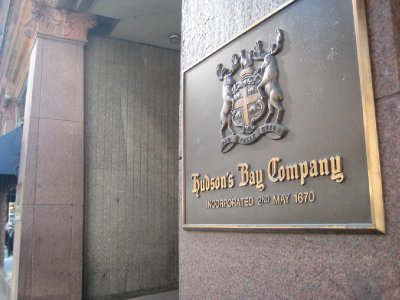 The company, more colloquially known in Canada as HBC, now specialises in retail, having long ago abandoned the fur trade. It also has moved its headquarters to Toronto. Prior to 1970, however, the company was headquartered in the capital of Charles’ England – London.

There are a number of buildings around London, of which detail can be found on the very extensive Hudson’s Bay Company’s history website. I’ve mapped them out here, after deciding to wander around and visit the various sites.

Prior to 1970’s move, Hudson’s Bay Company was installed at Beaver House near the Bank of England, which no longer exists. Prior to Beaver House, however, HBC could be found at Hudson Bay House, the last incarnation of which can be found on Bishopgate near Liverpool Street Station. 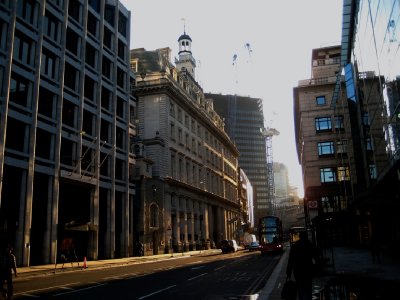 The building still stands today at 60-62-64 Bishopsgate, though there is only one small clue that HBC lived there for a time, is the windvane. It’s a symbol of Canada, and a nod to HBC’s history as a fur trader - The Beaver. 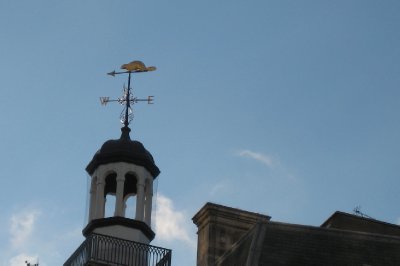 More on HBC’s history can be found at their excellent history website: http://www2.hbc.com/hbcheritage/history/