I lived in Downtown Denver, Colorado from July of 2000 until March of 2001. I had a beautiful one-bedroom apartment facing west, so when I woke up in the morning I would look out my window and see the sun shining on the mountains. I must admit, growing up in Toronto (which is pretty flat), it was quite impressive to see those mountains every morning. I never really grew bored of watching the mountains, even though they never really did anything except sit there. 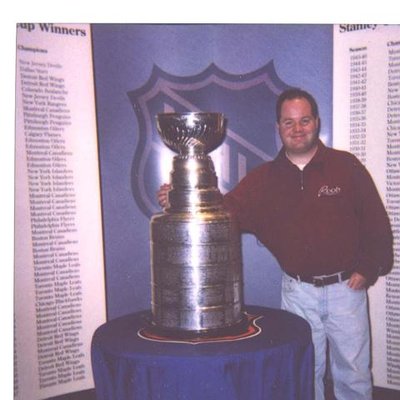 Me and the Stanley Cup at the NHL All-Star Game

Denver is famously known as the “Mile High City,” because it is, more or less, 5,280 feet above sea level. The first few weeks in Denver I was affected by the altitude – I would get winded walking up a single flight of stairs and I would get tipsy after only two or three drinks. That’s good for the budget though. However, within a month my body had adapted to the lower oxygen air by producing more red blood cells, and the altitude no longer affected me.

An offshoot of my high altitude adjustments was that when I returned on the occasional weekend to Toronto, I felt superhuman! I could run around without getting winded, and could drink pitcher after pitcher of beer without feeling drunk at all. I was a shoe-in at drinking contests!

Downtown Denver is one of those places that obviously fell on hard times, and then sometime in the last 10 years or so somebody in city council decided to revitalize downtown. So all the old factories and stuff have been turned into art galleries and restaurants and bars. There aren’t very many people living in downtown yet, but each year more and more people are moving back into the city center.

But back to the bars, one of my favorites is the Sports Column, at 1930 Blake Street. Good chicken wings, cold beer and lots of big screens. Plus, I made out with some chick there the night of Super Bowl 2001. Also good and cheap is the Giggling Grizzly at 1320 20th Street. The Grizzly has lots of drink specials, including “flipping for your drink.” You flip a quarter – if you call it right your drink is a $0.25. If you call it wrong, your drink is full price.

The 16th Street Mall is a pedestrian mall with a bunch of shops and restaurants along it. For food, Marlowe’s is good, and the Paramount Café has a nice patio. A free shuttle runs the length of the Mall. 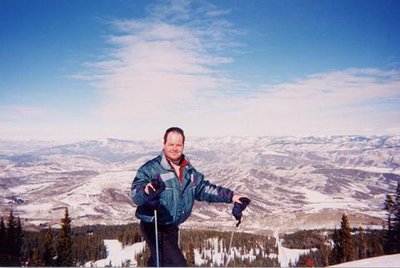 Denver is obviously gateway to some great skiing. I skied Vail, Aspen (Snowmass) and Winter Park. While Winter Park is less crowded, they only had one chair lift up to the back bowls. Vail has lots of lifts servicing the back bowls, and they are in the sun, which makes for some nice, casual skiing. If you go up for the weekend, though, leave yourself lots of time coming back from the mountains – the traffic from Vail into Denver along highway 70 is very crowded on Sunday nights.