Why did you move HERE?!?

Common question by UK residents dreaming of a better life in the colonies...

I had a conversation recently. It's become common enough that as soon as it starts, I know how it will end.

I was speaking with a new acquaintance, a British woman. She asked, "What made you move to England?"

As this was a work situation, I answered with my typical answer for work folk. "I had been working in North America for 15 years, and felt like I could use some international experience. The US market is so big, you tend to focus solely on servicing that if you are in North America. Over here in Europe, because there are many countries with relatively similar sized economies, you get a lot more experience working with cross-border issues and the like. It's a really different way of working."

She leaned back and nodded, but there was a hesitation in her movements. I could tell that I hadn't answered the question she wanted to ask.

I leaned forward. "What you meant by your question," I said, "was why would I move to England, when so many English people want to get out and move to Canada?" 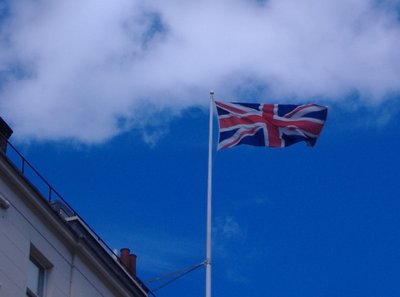 I have had this conversation often. I have met many people here in London and around the UK who really want to be some place else. Former British colonies are popular destinations. I was on the tube reading the few paper earlier this week, and there was an article which named Canada as top destination for former British residents, with New Zealand, Australia and South Africa close behind. Lots of English people here have romantic images of living in the large open spaces and less cramped countries away from smoggy London.

Of course, as I spoke of in a previous blog entry on my moving to London, anyone packing up sticks and moving abroad probably has unrealistic expectations of the place they are moving to. London is big and crowded and smoggy, but so to was Toronto. And while Canada has lots of wide open spaces where you can get land cheap, you could do the same in the UK, if you wanted to. You'd suffer the same fate in both places, though - being far away from anything and anyone.

I have even gotten some people talking about how much nicer it would be to live in a country that doesn't have such nasty politics that leans so far right. While Americans often hold up Canada as a socialist (paradise / hell - depending on what side of the debate you are on), it is in my opinion further to the right than most European countries, including the UK. It is only in comparison to the USA that Canada is socialist. Compared to the UK, I think Canadian politics is probably shifted right.

No mind. Sometimes you just have to move, as I did. And if anyone asks, I always tell them that I love Canada, and I didn't move to get away from Canada, but rather to more towards something - a life abroad. So any Brits out there thinking about moving - go for it.

After all, walking around London and hearing the number of Canadian, Australian, Kiwi and South African accents, it seems only fair that you send some folks back our way.