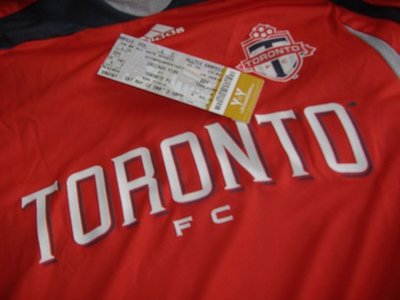 The Toronto FC joined Major League Soccer (MLS) on April 7th, 2007. In their first 4 games, Toronto had not managed to find the back of the net. They started their 5th match a little after 3:30 on May 12th, a tilt against the Chicago Fire, at BMO Field in Toronto, only their second home game at the new soccer stadium. The fans, in frustration of the long goal-less streak, started chanting, to the tune of "Give Peace a Chance," "All we are saying... Is give us a goal."

In the 24th minute, after what appeared like a game of ping-pong between the Chicago defenders and Toronto forwards, Edson Buddle kicked the ball through the goal crease. Danny Dichio, the 6 foot 3 English striker better known for his rough play than finese in front of the net, slide towards the ball. Over 20,000 fans held their breath. Would this be the moment that Toronto FC gave us that goal?

FIFA, the governing body of soccer worldwide (where mostly it's called football), wanted to expand the presence of the beautiful game in the USA, which mostly choose to ignore the sport. FIFA granted the USA the right to host the World Cup of Soccer in 1994, on the condition that the USA launch a premier professional soccer league. In 1994, Major League Soccer (MLS) was founded to fulfill this goal. 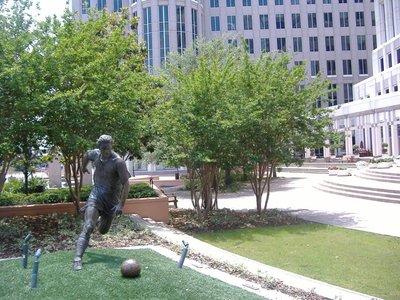 World Cup soccer statues, Orlando, Florida, one of the hosts of the 1994 World Cup

The Toronto FC expansion team joined the league in 2007, and played their home opener on Saturday, April 28th at BMO Field. BMO Field is a new stadium, built to host both the FC home games and the 2007 Under 20 FIFA World Cup (currently going on). The Field is in the west end of Toronto, easily accessible by public transit, being on both the Bathurst (511) and Harbourfront (509) street car lines, and the GO Transit Lakeshore West route. 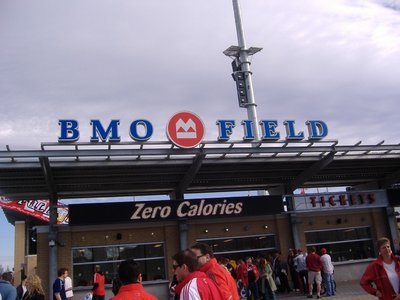 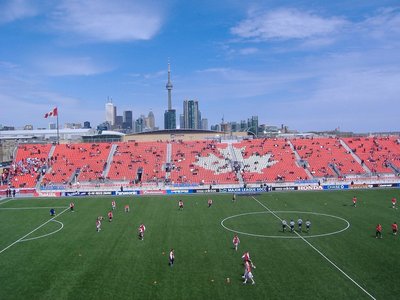 A nice view of downtown from the west end stands 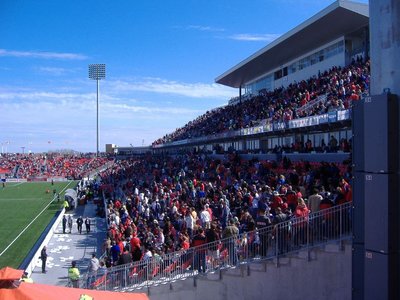 The west end stands, full up for the game. Stadium holds 20,500 people, and has had close to capacity crowds for both their games

The match on May 12th was against the Chicago Fire, who coming into the game with a 3 win, 1 loss and 1 tie record, looked to provide some stiff competition for a team that couldn't score a goal. But I decided that I needed to support the home side, no matter how bad they had looked in their first 4 games, and put on my Toronto FC gear and went down to the stadium. 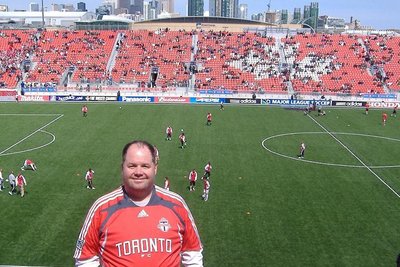 Tickets can be purchased from the MLS website. My seats, in section 224, cost $60 Canadian.

The teams took the field, and after playing both the national anthems, the game began. 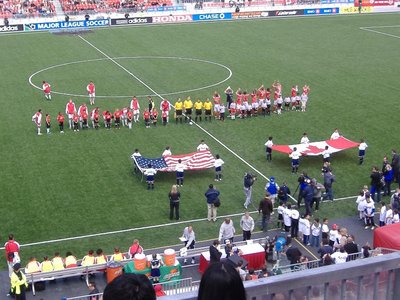 In the 24th minute, Danny Dichio made contact with that pass from Buddle, and the ball went past the out of place Chicago goal keeper. Toronto had scored, and the crowds went crazy. As a promotion, BMO had given out seat cushions to every fan, that just happened to be perfectly shaped for maximium flight distance. The crowd was soon launching the frisbee-shaped seat cushions onto the field. 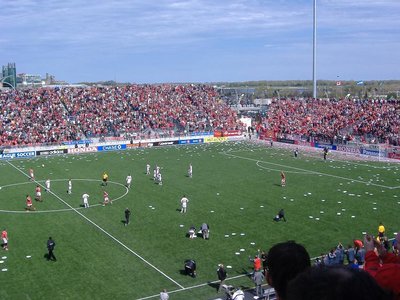 Danny Dichio was ejected some 10 minutes later after a scuffle with the Chicago goal keeper, but no matter. He was elected the man of the match. Toronto, after seeing Chicago tie the match near the end of the first half, got two insurance goals in the second half, and went on to win the game 3 to 1. Not only did the FC fans get their first goal, but they also got their first win. 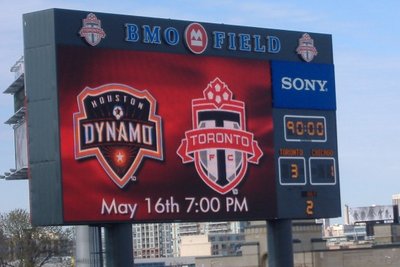 All dressed up for my 100th entry!

This is my 100th blog entry on this blog. Yay! In celebration, the Overlords of the Internet threw me a party and showered me with gifts. Here I am dressed up and ready to accept my accolades. 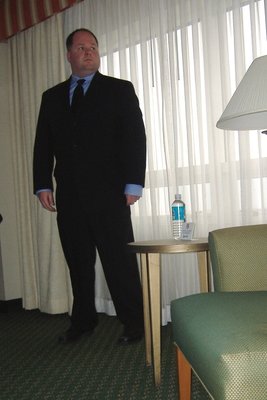 Okay, not really. I was down in Orlando, Florida, for a wedding. That's why I was wearing the suit. Try not to notice that the sleeves of my shirt are too long.

It was May 5th, or Cinco De Mayo as they say in Mexico. Cinco de Mayo is regional holiday in Mexico. In the USA, however, the good people at Grupo Modelo (makers of Corona) and Tequila Cuervo La Rojeña, S.A. de C.V (makers of Jose Cuervo) have turned into a big excuse to party. 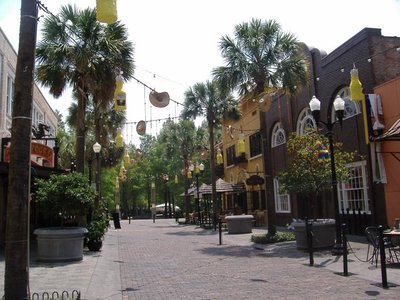 As the wedding wasn't until 6pm, I decided to have a little early afternoon Cinco De Mayo party myself. Okay, it was just me in a dank bar drinking a double shot of tequila and chasing it with a Corona, but when you have to party, you have to party. 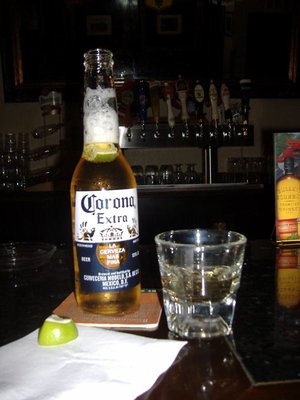 Here's some pictures from Orlando: 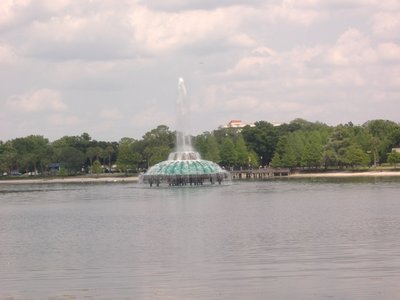 This fountain in Lake Eola is the symbol for the city. 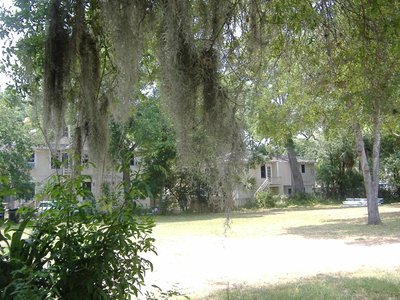 Moss covered trees are common in the Southern USA. 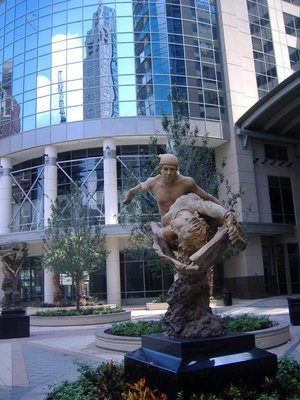 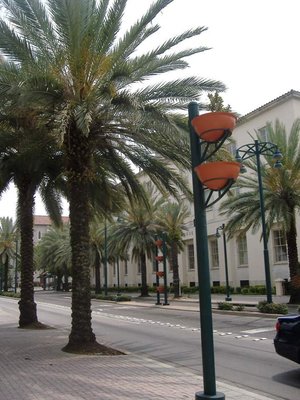 Palm trees are not something I see often in Canada 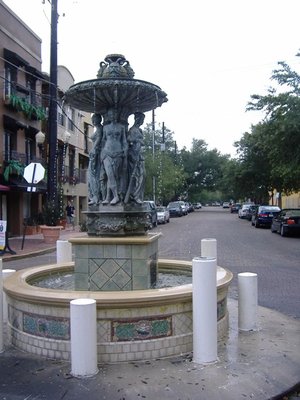 Cool fountain in a roundabout just east of downtown Orlando