Trying to Cross the Street

Beware stepping off the pavement in London

That's the glory of foreign travel. I can't think of anything that excites a greater sense of childlike wonder than to be in a country where you are ignorant of almost everything. Suddenly you are five years old again. You can't read anything, you have only the most rudimentary sense of how things work, you can't even reliably cross a street without endangering your life. Your whole existence becomes a series of interesting guesses.
— Bill Bryson Neither Here nor There: Travels in Europe 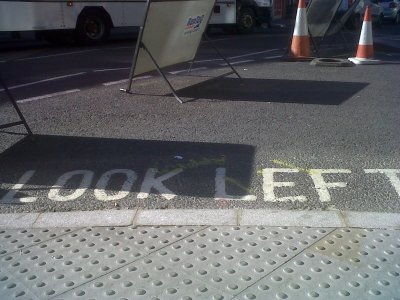 After living for 10 years in Toronto, I had become a pretty militant pedestrian. I was an unrepentant jay-walker, dodging through the snarled traffic along Yonge Street, smugly grinning at motorists stuck behind a sea of brake lights while I power walked my way to work. At corners, I would cross the street, glaring at any cars that dared to try to inch into my space as I crossed, confident in the fact that pedestrians had right-of-way at corners.

You can imagine my surprise, when first visiting England in 2007, at strolling confidently out into an intersection only to be brushed back by a Nissan Micra taking a corner at Fernando Alsono speeds, his horn blaring and fingers raised as he passed me.

Here in the UK, pedestrians don't have right of way at intersections, unless the lights are all red and the pedestrian signal is activated. That has taken some getting used to, having to crane my neck in all directions when approaching a cross-street to make sure that a granny in a Rover or a white van man doesn't run me down. 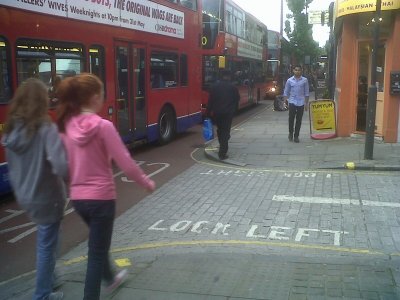 On the flip side, the English driver is very respectful of the crosswalk, gladly pulling to a stop and allowing folks to cross. All you have to do, as a pedestrian, is walk up to the crosswalk and stroll right out. The cars stop, like Moses parting a red sea of Mercedes A-classes. In North America, we had cross-walks away from intersections, but frankly I never really put my trust in them. Cars would oftenblindly drive through without giving a second thought to any potential street crossers. 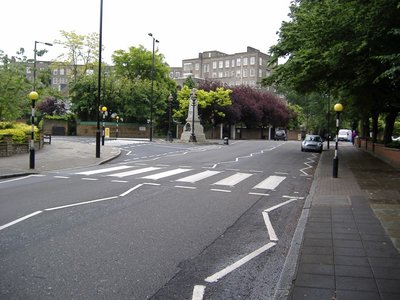 I am inclined to chalk up this difference to the different emphasis that Europeans and North Americans put on their driving experiences. In North America, we like big cars with big engines that go really fast in a straight line. In Europe, they like small cars with great handling and zippy acceleration. Europeans love cornering on the verge of losing control. North Americans love going straight and fast. 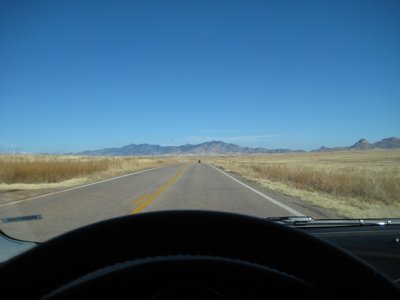 Thus, the differences in the treatment of pedestrians. People walking shouldn't dare get in the way of a European taking a corner, nor in the way of a North American with the pedal floored on a straight away. It ruins their ultimate driving experiences.

And if there is one thing motorists won't put up with, it's ruining a really nice drive.

On the Eve of Upheaval

The last days of the past...

I know I wrote in my last blog entry that I was starting work this week, but I didn't. This week was a short week with Monday being a holiday, so my start date was pushed back to next Monday. Therefore, I had one more week of unemployed bliss before starting my new job.

The weather has been nice, so I've mostly been out wandering around. As I am moving away from the King's Cross area soon, I wanted a last few attempts to check out the area. This week included a trip to British Library beside St. Pancras station to see an exhibition on Maps. 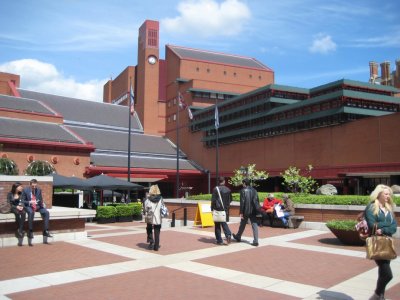 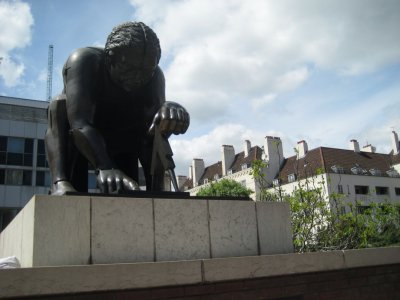 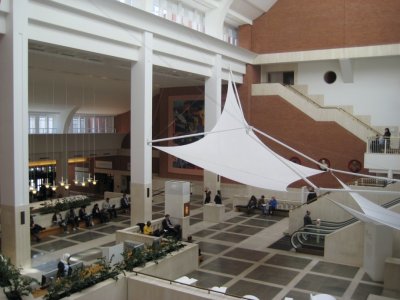 There was a map from the 1680s - some 15ish years after the great fire - of London. You can see a zoomable flash version or a simple picture version online. What was interesting is that looking at the maps of the City of London and the southern part of Westminster, I was easily able to identify the streets. In fact, I could have taken the map down and very successfully navigated the streets using the old map.

My current home near King's Cross wasn't on the map (it would have been fields and small villages at the time), nor would me new home in Kensington, which also would have been outside of the urban area of London back in the 1600s.

After checking out the British Library exhibit, I headed to the local polling station to vote. Thursday was polling day in the local and national elections here in the UK (local elections only in England, but national in all four countries). As a Commonwealth citizen with residency in the UK, I was able to vote. Unlike the Euro elections last year, the national elections use a simple first-past-the-post system, where the person with the most votes gets the seat.

After watching 4 hours of election coverage on Thursday night, I went to bed at 2 in the morning with the result still being up in the air. Friday I woke up at 8:30 and picked up watching the coverage. The result was slightly less muddy in the morning, but still unclear. The UK woke up to a "hung parliament," with no one party winning a majority of the seats in the House of Commons. Coming from Canada, I'm used to minority governments, but its a very unusual situation here in the UK, and people are justifiably nervous about it at a time when the Eurozone is on shaky ground and the UK's debt load is historically high. 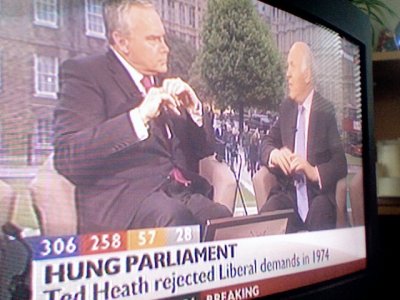 I grabbed one of the best lunches available. First up a burger from the "Designer Burger" stall, where the proprietor calls his customer's agents - "Agent 2," he called out to me, being the second customer in line, "what would you like?"

"A burger - non-chilli - with cheese, please," I replied.

"Non-chilli with cheese," he confirmed, before moving on to get the order from Agent 3.

After my burger was prepared, I headed over to the Crown Fish and Chip Bar to pick up a large order of chips. Real, honest-to-God chips, with vinegar and salt. Ordered it for "take away," so they wrapped it up in brown paper for me.

Burger and chips in hand, which I have come to call my "Chapel Market Lunch," I headed home to see the rest of the election coverage. 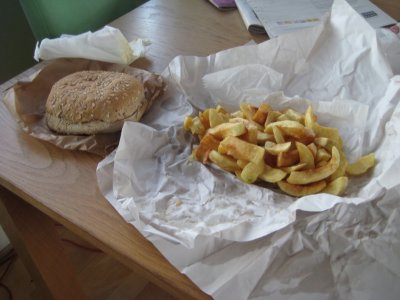 I headed home and spent my last day of weekday freedom eating my last Chapel Market lunch and watching the leaders of the political parties discuss how to form the next government. How it will all shake out is still unclear, but what is clear that a minority or coalition government will be a change for the UK. Just like the change coming to my work life on Monday, and the change coming to housing situation in less than a month.

Days of upheaval are ahead, both for this country and me personally. I'm not scared, though. I'm excited.