A city that's hard to leave...

I would hate to leave you all with the impression that San Francisco was a 'fraidy cat of a city that isn't worth visiting. Rudyard Kiping wrote that "San Francisco has one drawback, T'is hard to leave." T'is very true.

Here's some photos of me at the SBC Park watching the Giants and the Mets. The interesting thing about the photos is that I took them from the free standing-room part of the park. SBC is an "old-time" park recently built - a park trying to recapture the glory days of baseball - the Ruth and Gehrig era. Out in right field you can wander up and watch the ball game for free through a chain link fence. Talk about your depression era throw-backs

The new world after September 2001

A bomb went off yesterday in San Francisco.

Not really. In reality, an electrical transformer underneath the streets of the financial district overloaded and exploded. One woman was critically injured, and the street outside the Crocker Galleria mall is buckled and cracked.

But in the first few minutes after the explosion, when the lights in the building I am working in went out for a moment and spotty news reports of an explosion in downtown San Francisco were reported, gossip fuelled talk in the office centred on the a terrorist bombing. The stories were wild - the entire Crocker Galleria was engulfed in flames after a serious bomb blast.

This is the new North America, I suppose. Post 9/11 and only a month and a half removed from the London bombings, an explosion immediately means terrorism.

It wasn't always this way, at least for me. 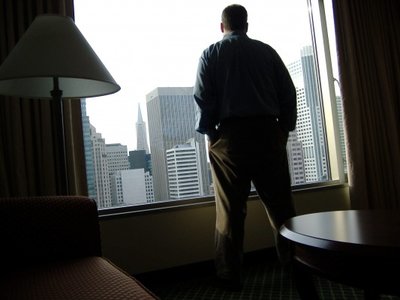 Back in September of 2001 when I first heard about a plane crashing into the World Trade Center, I immediate figured it was an accident. My grandparents were in New York back in 1945. They had planned to go up to the observation deck of the Empire State Building on Saturday, July 28, but decided against it due to the heavy fog. There would be no view. On that day, a B-25 bomber crashed into the Empire State Building. It was an accident.

As I was familiar with that story, I immediately thought that was what happened. Even when the second plane hit the other tower, I figured that it must be computer error. Working with computers, and understanding how much modern planes and the air traffic control system rely on computers, I just assumed that computers were crashing.

But now, every time something happens, my mind jumps to terrorism. When the lights went out across the Eastern seaboard back in August of 2003 or in downtown Toronto in 2004, I automatically envision terrorist, and not (as actually happened) bad wiring in Ohio or a raccoon getting fried in a downtown power station.

I don't know what to make of this new world, where I'm afraid of the world out there. I'm not sure I like it. 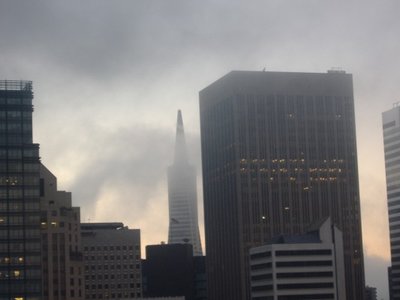 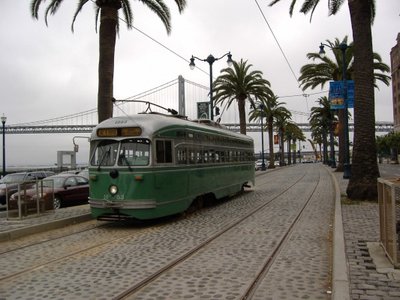