I spent 3 days in Zurich, Switzerland. I would write something about Zurich, if I had seen any of it.

I just returned from 3 days in Zurich, Switzerland. My first trip to Switzerland, and her largest city.

At least, that’s what I’ve picked up from TV.

In reality, I didn’t see much of Zurich at all. There were some brief glimpses of it as I rode in a taxi from my hotel by the airport to a client meeting in central Zurich. For a short stint, the taxi emerged from a tunnel under the city and for three blocks followed the course of a river running into the Zurichsee (Lake Zurich). It was sunny and 29 degrees, and I, sweating in a suit and tie, watched with envy as folks sat on the banks of the river, enjoying cool pints of beer or quickly melting ice creams.

I’ve travelled a lot for business, and generally have been in a place long enough to get out and experience something of the city I’m in. As a consultant, most of my business visits to cities consist of multiple trips over months, with lots of time to explore.

Occasionally though, I have these quick-hit business trips. Times when I fly in, spend most of my time in the hotel working before having a few meetings with a client at their facilities. This is, sadly, the reality of most business trips. You spend your time working in a hotel until 11 PM, eating room service and not seeing much more than the airport, the hotel and an office building. You are in for one or two days, and then away again. 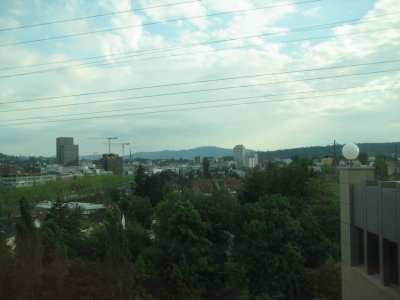 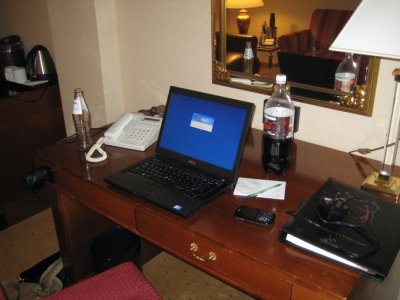 I recently had a 2 day trip to Paris, where other than experiencing Paris’ first (and only) gluten-free restaurant (Des Si et Des Mets - surprisingly good), I didn’t see much except hotel, office and train station.

Back when I worked in North America, I had similar experiences dotted around the continent. In fact, I have been to Dallas, Texas three times (for a total of 5 days, 3 nights), but can only tell you two things about the place. I had a really nice steak dinner one night, though I can’t remember either the name of the restaurant or where the restaurant was, and the Dallas-Fort Worth airport’s people mover is strangely both futuristic looking and retro at the same time – like what people in 1960 thought 2000 would look like.

This is the great disconnect between those that travel for business, and those that don’t. Those that don’t travel will say, “Oh, you’re off to Zurich for a couple days. How posh and glamorous. It must be nice to spend your time in hotels being pampered.”

The truth is, business travel is a grind. It is late nights, uncomfortable flights and lonely experience of being in a strange place with none of the familiarity of home. It is getting up at 4 AM to catch a taxi to Gatwick airport, and not getting back home on the return until 10 PM at night. It is lying in a strange bed, trying to find something familiar on a TV set with few English language channels at all. It is a disconcerting mix of stress and boredom.

That’s one of the reasons I try and make sure I get out and experience the places I travel to. The chance to experience something of a new place takes the sting out of the hassle of having to be away from home. Sometimes, though, time and circumstances don’t allow – as they didn’t in Zurich.

Hopefully at some point I’ll be back to Zurich and Switzerland, and I’ll get to see more of it. If not, and the stress of business travel gets to me, maybe I can just move there. Move up into the mountains, marry some beautiful blonde milk maid and spend my days separating curds from whey to make Swiss cheese.