Butch: I got a great idea where we should go next.

Sundance: I don't want to hear it.

Butch: You'll change your mind when I tell ya.

Sundance: It's your great ideas that got us here.

Butch: Forget about it.

Sundance: I don't ever want to hear another one of your ideas. All right?

Butch: Australia - I figured secretly you wanted to know, so I told ya. Australia.

Butch: Oh, the greatest in a long line.

Sundance: Australia's no better than here.

Butch: That's all you know.

Sundance: Name me one thing better.

Butch: They speak English in Australia.

Butch: That's right, smart guy, so we wouldn't be foreigners. They got horses in Australia. And they got thousands of mountains you can hide out in. And good climate. Nice beaches. You could learn to swim.

Sundance: No swimming! It isn't important. What about the banks?

Sundance: The banks or the women?

Butch Cassidy and the Sundance Kid, 1969, Written by William Goldman 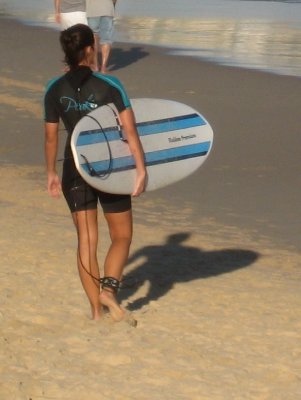 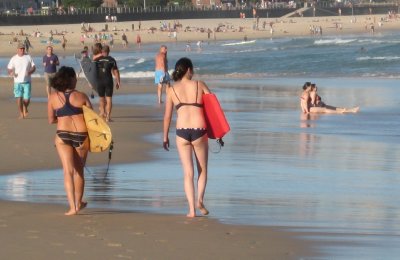 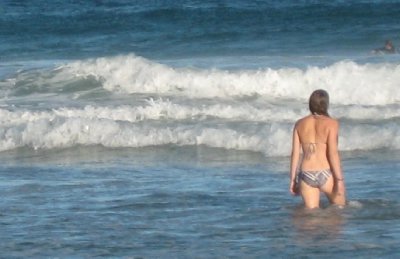 Asking the inevitable question of any quasi-nomadic soul - where am I going to end my days?

I often get asked about what my "plan" is, regarding my time in England. As I was interviewing for jobs recently, one interviewer asked the nicely worded question, "Is living in London a time-limited experiment, or are you here for the long haul?"

"Well, I don't have much of a plan," I say when asked this question. "I'm in London as long as opportunities suit me. I doubt, though, I'd retire here. Come that day, I'll probably look some something less grey, cold and rainy. Something less crowded and busy. A slower pace of life."

That, my friends, is the truth. There is in my mind no question of what my future holds as I work - it'll be living wherever and for however long a place suits me. Maybe I'll be in London for the next 20 years, or maybe I'll be in Shanghai or Sao Paulo or Toronto in five years time. Who knows? I'll see what happens.

The harder question is what to do once I have enough money saved up in the bank and am finally sick of working? Where to go then, and what to do with my life?

I have, over the past few years, imagined an island paradise as my ideal retirement spot. Something with beers on the beach, the NHL on satellite TV and fresh crab to eat every day.

Belize is my first island getaway since moving to the UK, and thus this potential retirement dream was in my mind as I took the water taxi to Caye Caulker.

Caye Caulker is five-mile long island about 20 miles off-shore from Belize City. The place is quite laid back and easy-going, with little to do except snorkel, dive, drink beer and laze around in the sun. The waters are calm, with the Belize Barrier Reef to the east keeping big waves from hitting the shore. There is a small nature park near the airport, but mostly it is a place to either get up early and go diving or to just sit back and relax. 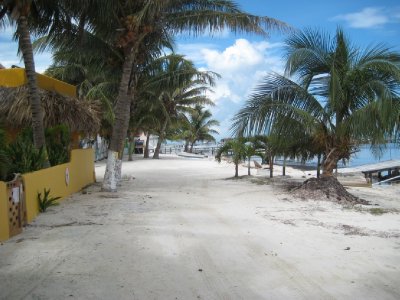 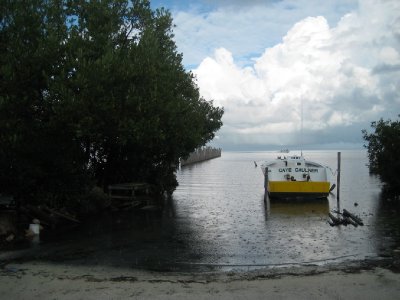 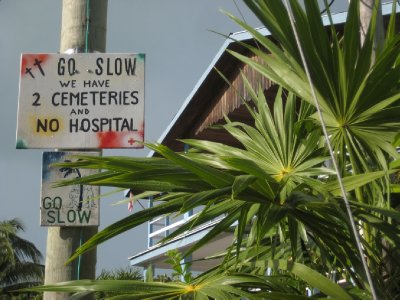 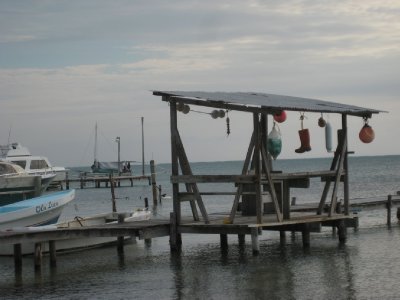 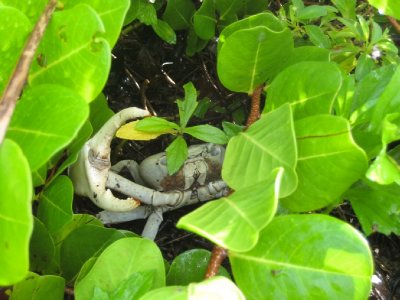 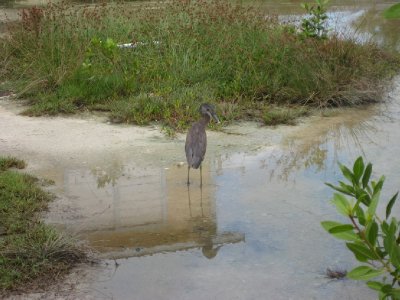 I was just interested in the relaxing, so skipped the dive and snorkelling and just chilled out. 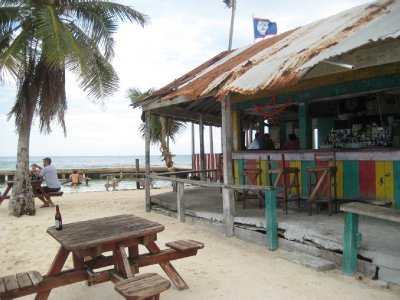 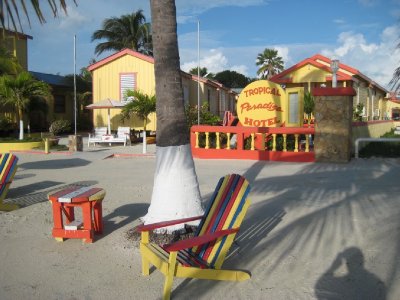 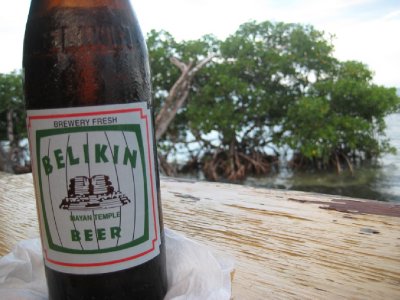 During all this chilling out, I had decent amount of time to ponder, so I pondered life as an islander. Could I see myself retired, living on an island like Caye Caulker?

Walking around the island, as I had walked around many other islands and beach towns around the Caribbean and Central America before, I spied many an ex-pat American, Canadian or Brit. They walk around, tanned and casual looking, on their way to the bar or dive shop they own.

Looking closer, though, I noticed that they all have a somewhat haunted visage, like the 1000 yard stare of the World War II soldiers pictured in Life Magazine. They move slowly and casually like native islanders, but somehow it is a cloak that seems ill fitting. I overheard a few conversations between expats. The newer ones complained - often veiled in a jovial, joking manner - about the slowness of the life. The expats who had been there for a long time just sounded lost.

One evening, sitting in one of the beachfront restaurants eating a $20 lobster and enjoying a cold Belikin beer, two owners of restaurants were discussing a turf argument they had with a third restaurateur. At another point, a woman who runs an internet cafe was discussing how she had finally got her internet connection updated to a faster speed after a struggle. I realized that far from the "dream" of a casual life of running a bar on a beach, these expats were trying to run a small business in a location where the infrastructure for running a business was less evolved than they would have expected from back at home.

After two and a half days on the island, suffering from a sliced toe (thanks to wearing sandals and encountering broken glass) and a massive sunburn (thanks to counterfeit sunscreen), I hobbled myself to a restaurant near my hotel. 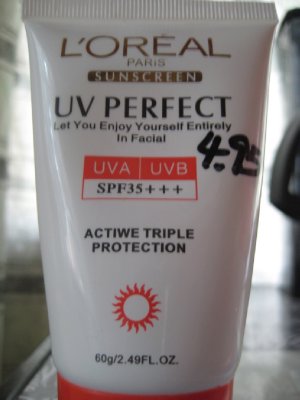 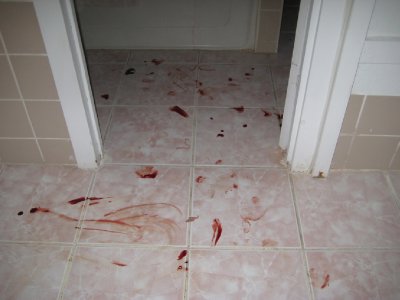 Sitting alone, and with only one other table in the restaurant, the waiter had a good amount of time to speak with me.

"Where are you from?" he asked.

"I live in London, England, but am from Canada originally," I replied.

"Oh, London. I'd love to visit there," he said. "Things are so slow here. Nothing ever happens." I nodded, thinking about the afternoon crush on the tube, constant announcements of delays due to a "person under a train" and the three days when my flat was enclosed behind yellow police tape after a man was stabbed to death on my front stairs.

"What do you do for work?" the waiter continued.

"Really? I am studying computers," the waiter said. "Yeah, I want to write video games. Get off this island and move to California and be a software engineer," he said, starry eyed imaging his life in Silicon Valley. I knew the look on his face. It was the same one that came across mine when I sometimes thought about living life on a slow, tropical island.

I think for now I'll file away my dream of living on a tropical island. Maybe I'll feel differently in 25 years when it comes time to retire, but for now, I'll take the hustle and bustle of London town.